Posted by Gary Dobbs/Jack Martin at 3:40 PM No comments:

This proves that blogs work very well in pushing your books. At the moment I am sitting at number one in the Amazon pre-order western charts. And all this on the power of my successful blog, The Tainted Archive.

Having investigated the numerous Equestrian, Dog/Pet and Travel/Trekking magazines which address these areas, I will contact them around the time the book goes to print. 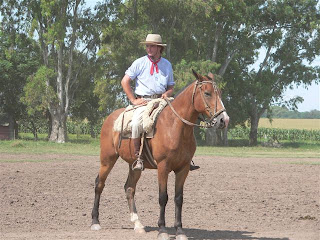 1) Horses/Equestrian/Criollo horses/Equine history
Criollo horses are the wild horses of the pampas.
They are descended from the Spanish war-horses left behind by the Conquistadors in the 1500s. They are not handsome horses but they are extremely hardy and have incredible endurance.
Criollo horses were used for centuries by the gauchos (South American cowboys).

In The Condor’s Feather, my party of Victorian travellers ride Criollo horses.

2) Newfoundland Dogs
The most famous and enduring fictionalized Newfoundland dog is ‘Nana’ the Darling children’s nanny in J.M. Barrie’s ‘Peter Pan’.
In The Condor’s Feather, a group of English adventurers are accompanied on their journey across the pampas by a pair or Newfoundland dogs.
The dogs are present throughout the story and, though not taking a major role, they add to the drama and emotional tension on more then one occasion. 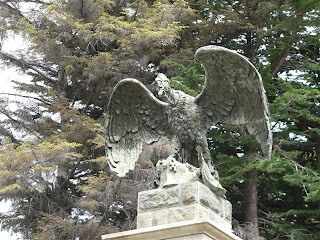 From experience, I believe that editors of speciality magazines are always on the look out for articles of interest.
They may be prepared to publish a feature article submitted by the author or may welcome a copy of the book with a view to writing their own review.

For more information go to: http://www.squidoo.com/thecondorsfeather

The Black Thread and USPs 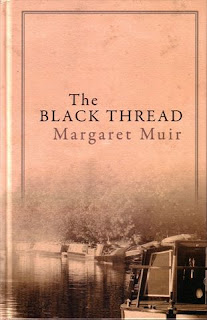 All books have at least one USP (unique selling point).
My recent novel, The Black Thread, (published Jan 2009 in large print), had two:
1) British canals and Barges,
2) The historic mill town of Saltaire.
As a result of targeting these specific points for my publicity and reviews, I was surprised how many canal and waterway magazines were interested in a story set on the Leeds and Liverpool Canal.
The publicity I received was excellent and the hardback edition sold out soon after publication.
I hope the large print will perform equally as well.
For more information go to http://www.squidoo.com/theblackthread
Margaret Muir
Posted by M. C. Muir at 9:42 PM 1 comment:

I just thought I'd make everyone aware of this contest which promotes the works of western author, Chap O'Keefe - http://tainted-archive.blogspot.com/2009/02/western-giveaway-okeefe-dozen.html

Feel free to enter.
Posted by Gary Dobbs/Jack Martin at 9:32 AM No comments:

I just thought I'd make everyone aware of this contest which promotes the works of western author, Chap O'Keefe - http://tainted-archive.blogspot.com/2009/02/western-giveaway-okeefe-dozen.html

Feel free to enter.
Posted by Gary Dobbs/Jack Martin at 9:32 AM No comments:

Please join featured Black Horse Western authors on the message board for bios, excerpts, chat and all things Black Horse Western. These are all day events (Saturday) and you’re welcome to stop by at any time during the day to leave messages and questions for the featured author.

I ordered one of Lance Howard's books on the Hale website 9 Feb. The book was 'published' on 30 Jan. Some hours later, as predicted by Ray and others, I was notified that the book was sold out. Bad news for me - and the author. Yes, it's good news it was sold out, not so good to hear it won't be reprinted...
Still, that's a marvellous achievement to get your book sold out virtually before it is even published! Well done Howard!
Nik (Ross Morton)
Posted by Nik Morton at 7:35 PM 5 comments:

I would like to make everyone here aware of an initiative a few of us western writers have got going to promote not just our books but the genre at large. It's proving quite successful with already over 1000 emails from people all over the world who are getting involved.

Oh and comments left on the blog post would be most positive.
Posted by Gary Dobbs/Jack Martin at 3:36 PM 3 comments: 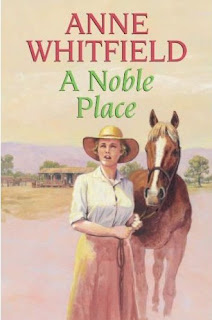 Had a letter from HALE today with an offer to publish my second western, Arkansas Smith.

Needless to say, the book will be out early 2010
Posted by Gary Dobbs/Jack Martin at 8:05 PM 9 comments: 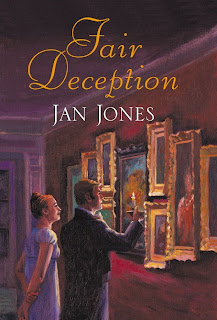 Like many others, I fell in love with Jane Austen and Georgette Heyer at the age of twelve. I love the manners of the Regency era, the clothes, the humour, the heroes.

I'm also fascinated by the little people of history - grooms and actresses and solicitors and the chap that sweeps the road.

And places. I like to know what the houses looked like. I like to stand in a street and mentally wipe out the new houses so I can see in my mind's eye how the road would have looked in 1816.

I set Fair Deception in Newmarket because that's where I live now and many of the historic houses still survive. It was the elite horse-racing course in Regency times, but this book takes place between meetings. It concerns Susanna, an actress who has to escape from London for a while, and Kit, who needs a fiancee for the duration of a visit to his aunt.

So step into the pages and find out about the little people and the real Newmarket of history.
.

There have been a few comments about Hale's website and the dismal picture it presents to the potential customer, and the fact that out of print titles are not there. I checked today after an e-mail from one of Hale's field reps. telling me that my next book, THE THIRD SECRET was not on the website. It wasn't, even though it's in the 2009 catalogue. While there I noticed that THE DEVIL'S TRINITY, which sold out last year was not on the site either. It suggests to me that Hale do not want to encourage potential orders; after all, it's still available (if that's the right word) on other on-line book stores like Amazon. Hopefully someone at Hale will read this blog and give us some answers. I thought publishers wanted to sell books, not hide them!
Mick
Posted by Michael Parker at 4:13 PM 5 comments:

I recieved an e-mail from John Hale yesterday with the good news that he had secured an agreement from Linford to publish SHADOW OF THE WOLF in large print. What makes this particularly pleasing is that the book was published in 1984, went into paperback and then disappeared without trace. I asked John in December if he would consider a reprint. He said no, but he would ask the large print publishers, and Bingo! I have an agreement. 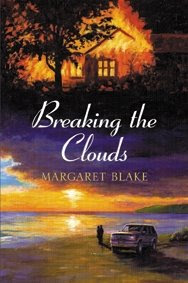 When I visited New Zealand I was knocked out by the beauty of the country. The people too were friendly and kind. It was like stepping back in time when politeness and good fellowship were the norm. I knew I had to write about this country and the result was Breaking the Clouds. Recognising it was not strictly a romance I thought I would try and return to Robert Hale. Low and behold they liked the novel. I have much to thank New Zealand for - and Loren Teague too, who encouraged me to start writing again. So THANK YOU!

"The move to New Zealand has suited Bronwen for she has a good job, and a beautiful home. The only downside is her laywer husband, Jack, who is drinking too much and is obviously unhappy with the move.

What Bronwen doesn't need it a visit from her enigmatic cousin Marged, a woman with whom she has little in common. However, it is with Marged's visit that Bronwen's life starts to spin out of control. She learns Jack was fired months ago from his firm, that he has abandoned his apartment in the city, and that most of her money is missing from her bank account.

The only person who might know something is Job Tei but Bronwen is not sure she can trust him..."
Posted by margaret blake at 10:28 AM 6 comments:

Persuading or convincing the publisher?

Thanks for all your comments. John Hale's refusal was tempered a little, I must admit. He said that if about 70 orders came in he might re-consider. I did send him an e-mail about the award and a cc to Helen Ogden. We've just got to keep working on them, haven't we? Nik, thanks for putting the review back on.
Mick
Posted by Michael Parker at 4:22 PM 7 comments:

Yesterday I learned that I had won an award for my last novel, THE DEVIL'S TRINITY. It has been chosen as Authors' Choice for January on www.AmazonClicks.com. It certainly brought a smile to my face. Perhaps I should have said it brought a wry smile to my face because this is the book that sold out last year and John Hale has refused to print any more. C'est la vie!