In All Honour - a hero with a difference

'Why can't I meet a man like Greg in real life?'
Several people have asked this question after finishing In All Honour. Of course, it helped that Greg is over six foot tall, broad shouldered and has a pleasant, open look with glowing amber eyes and coppery brown hair. He is energetic, brave and kind but fierce in the defence of his family and his honour.
In her review of the book for MyShelf.com, Rachel Hyde says: "I often think that there are not enough Regency novels set in Bath, surely one of the main places that come to mind associated with this period. This book brings the town to life, with a good feel of the place and its pleasures and pastimes. I also enjoyed the amiable Greg, a pleasant change from the usual dominating alpha male and somebody it would be easy to like as well as be attracted to. The odd "gray" character might add spice to this type of tale however, where everybody is either very likeable or irredeemable villains but this is still a very enjoyable novel."
Greg appeared in The Wild Card and so he was already established as a nice guy. It seemed to me that the only way to balance this was to have a truly horrible villain. And the people who like Greg so much just love to hate Lord Percival. So I think my story gives pleasure in some rather different ways...
Posted by Beth Elliott at 3:37 PM 5 comments:

As this blog's about marketing our work I thought you may be interested in this post on The Edge Hill University marketing blog about my online marketing of The Tarnished Star. Please leave a comment on the piece. Go HERE
Posted by Gary Dobbs/Jack Martin at 2:38 PM 4 comments: 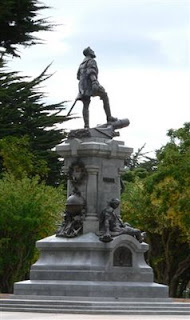 In the centre of Punta Arenas, on the Strait of Magellan, stands a statue to Ferdinand Magellan the navigator who, in 1520, named the sandy beach along which the town is now built.
Situated at the tail end of the earth, Punta Arenas has had a troubled history.
It was first settled by sealers and whalers, shipwrecked mariners, convicts running from the law, native Indians, hunters and treasure seekers.
Then in 1877 a riot resulted in much of the town being destroyed and families murdered in their homes.

In 1879, a real-life Englishwoman, Lady Florence Dixie, sailed to Sandy Point (as the English called it) and embarked on a ride across the pampas.
She was accompanied by her brother, the Marquis of Queensbury and a friend.

When I visited the town a few years ago, I read a snippet of information about this remarkable young aristocrat and was intrigued.
Inspired by her exploits, by the town’s history, and by the remarkable landscape of southern Patagonia, I wrote THE CONDOR’S FEATHER – an equestrian adventure set in 1885. 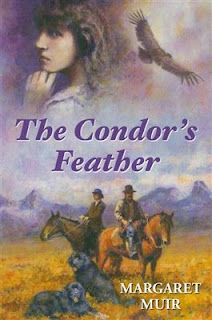 THE CONDOR'S FEATHER is now available at your local library.
Or you can order a copy from The Book Depository (free world-wide postage).
Or go to: Hale Books (free UK postage)

POST SCRIPT - (25 July 2009)
I have not yet seen a copy of the book which is officially due for publication next week, but this morning I received an offer from Thorpe (Ulverscroft) to publish a Large Print edition. This will probably be available early in 2010.
Posted by M. C. Muir at 1:28 AM 2 comments:

Just to let everyone know there is a two part interview with myself HERE
Posted by Gary Dobbs/Jack Martin at 12:44 PM 4 comments: 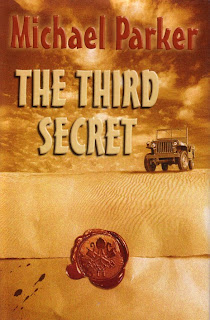 This book shares the same title as a Steve Berry thriller of 2006 and also concerns the Third Secret of Fatima. There the similarity ends, however. Spanning the period 1941 to 1970, this sixth book by Michael Parker is a relentless page-turning adventure that should appeal to fans of Frederick Forsyth.

It opens in the Vatican in 1941 and a Cardinal is substituting an important document in the Secret Archives. He is fearful for the original’s safety, as it, together with Vatican gold, was being shipped abroad before either the Nazis or the Russians might plunder Rome. While passing through Chad, the secret Italian convoy transporting the Vatican gold is attacked by British troops led by Captain Miles Roselli. The transport truck is hidden away…

Some 22 years later, one of the Vatican gold ingots is located and the hunt is on to find the hiding place. In truth, the document is more valuable than the gold, as if it is revealed to the world as a fake it could discredit the Roman Catholic Church. Those involved in the search are Roselli, the Vatican’s special agent Cellini, the Mafia family Galliano, a French Foreign Legion commandant and Roselli’s children Angelina and Bruno.

Until her stepbrother arrived on the scene, Angelina’s life had been pretty ordinary. Once she decided to take the chance ‘to change from a kind of quiescence that characterized her life into something that promised the unknown’, she found herself fighting for dear life in dark wet caves and dodging bullets.

Parker has peppered the story with telling description, notably of the inhospitable mountains, and nuggets of information whether about bullion dealing or the Vatican Institute for Religious Works. Also, there are plenty of great phrases, for example: ‘… once he stopped trying, he would start dying.’ Another: ‘… began to think of other things rather than the footprints of a memory that he didn’t know he possessed.’

If you like your adventure tales with pace, intriguing characters, believable heroes and exotic locations, then this is definitely for you.

The book has one of the best covers I’ve seen in a long while; interestingly, the latest Dan Brown thriller, The Lost Symbol also features the papal seal, though Hale’s cover was out first. 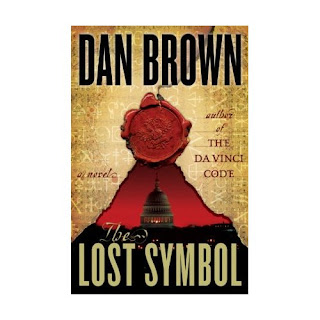 A version of this review can be seen at following blog:

Friday's forgotten books is a regular (weekly!) feature. I was asked for a review so used this one. Not that Mick’s book will be forgotten, ever. By the way, my wife Jennifer has also read The Third Secret - she kept turning the pages and really enjoyed it.
Nik Morton
Posted by Nik Morton at 11:11 AM 3 comments: 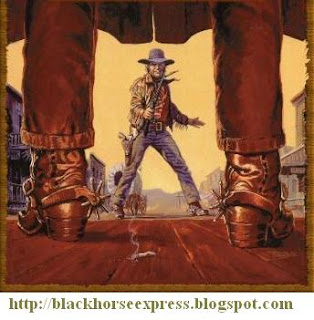 Recent items:
Interview with Gary Dobbs
Wild Bunch Wednesday
Review of Revenge at Wolf Mountain by Chuck Tyrell
Bestsellers on The Book Depository - 13 July
Extract of Misfit Lil Robs The Bank by Chap O'Keefe
Wild Bunch Wednesday
Bestsellers on Amazon - 6 July
Review of Double-Dealing at Dirtville by Clay More
Review of Long Shadows by Terry James
June's BHW poll
Review of The .45 Goodbye by Dempsey Clay
Review of Lanigan and the She-Wolf by Ronald Martin Wade
Bestselling Linford Westerns on Amazon - 29 June
Extract of the Tarnished Star by Jack Martin
Review of Blast to Oblivion by Chap O'Keefe
Review of Long Shadows by Terry James
Review of The Outpost by Owen G. Irons
Posted by I.J. Parnham at 9:00 AM No comments:

Today on the following blogs a group of Black Horse Western authors aka The Wild Bunch are posting excerpts from their current and upcoming releases. It's a themed event and this week it's the turn of the hero. At the end of each post you'll find links to the other authors and their excerpts so click on any link below to get you started and Happy Reading! 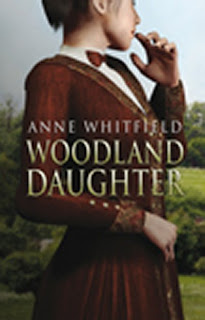 My historical family saga, Woodland Daughter, originally released by Hale, has now been released in large print in the UK and I've just seen the cover for it. I've put it on here but it's not very clear for some reason, sigh.
Blurb:
Throughout her years of devoted service to the Bradburys, Eden Harris has hidden a secret that would affect them all, a secret shared only with her husband, Nathan, and her grandfather. But an enemy returns, shattering her world and exposing her secret. Then, robbed of Nathan, she must flee from the country estate. However, her attempt to start anew is not so simple as the past haunts her. Now Eden must gather her strength and look into her heart to accept what the future offers.
Woodland Daughter can be bought in hardback here with free worldwide delivery, or in this large print version here.
Posted by AnneMarie Brear at 11:10 PM 3 comments: