Email ThisBlogThis!Share to TwitterShare to FacebookShare to Pinterest
Labels: Bestsellers

Another nice review for 'Murder Fortissimo

A great review of 'Murder Fortissimo' from a newish book blogger. Thank you, Laura, I'm sure your blog will flourish.

It's quite long so I'm just putting the link. It's intriguing to see that so far all the reviews (which have been lovely) are discovering echoes of Miss Marple and Midsomer in the story, as well as Hazel Holt's Sheila Malory mysteries.
Posted by Nicola Slade at 10:52 AM No comments:

The story is a little different for a western in that it moves from 1859 to 1866 to 1892 as flashbacks reveal how the present is blighted for a group of ageing ex-lawmen.

July, 1892.
Sam Ransom’s looking forward to his 62nd birthday with his wife and two children. Then he gets a telegram from the Bethesda Falls sheriff. His old partner Abner was mortally wounded, but before he died Abner left a note – the Meak twins were out to get Ransom and the others ‘because of what happened at Bur Oak Springs’. Their families weren’t safe, either. Ransom sets out to warn his old friends, Jubal, Rory and Derby. But he’s too late to prevent another brutal death.

Bur Oak Springs happened over two decades ago. The place was a ghost town even then. The Meak twins seem set on a crusade of vengeance, but why?

Ransom’s family is put in jeopardy and the ultimatum is clear. He and his friends must return to the ghost town again, to confront the Meak brothers and their gang. There’s a sense of déjà vu about this; yet, there are fresh revelations too.

It’s a showdown. The young guns against the old guns.
Posted by Nik Morton at 6:08 PM 2 comments:

A great review from reviewer, Rachel A Hyde at MyShelf.Com

Recently retired headmistress Harriet Quigley needs a place to recuperate following an operation and chooses Firstone Grange. This is a home for short stay older people who need a place for some rest and relaxation, perhaps while families or caretakers get a break. It all seems very pleasant and ordinary, but one guest is determined to upset things. Elderly wheelchair-bound Frenchwoman Christiane Marchant looks like everybody’s idea of a sweet old lady, but is anything but. Things are surely going to come to a head, and they do in a surprising way. Cue Harriet and her clergymen cousin Sam Hathaway to investigate.

This author has previously penned two excellent Victorian whodunits Murder Most Welcome and Death is the Cure (also reviewed on this site), and although I hope she will be returning to this series, here is something different. Modern social satire rubs shoulders with a traditional mystery and delivers some surprises, somewhat in the way of Caroline Graham or Lis Howell. Characters can appear at times to be stock, but this is all part of the satire and makes for an enjoyable tale. Parts of the dénouement are powerful enough to shock, and it is a testament to the author’s skill that this book manages to run the gamut from being amusing to moments of horror.

If this is the first in a new series I will be wanting to read more.
Posted by Nicola Slade at 3:58 PM No comments:

Who Stirs the Porridge in the Pot?

I am giving a talk with the above title at Melton (Woodbridge) on Friday, 15th April.
I will read from a selection of my Hale novels and Magna memoirs. A mixture of romance - and plenty of fun, I hope! My friend Madelaine told me she laughed out loud
when she read the Poplar Penny Whistlers, and that she loved Puglet the dog! It's a good feeling to make people smile isn't it, though readers often tell methat my stories can also make them cry...
Sheila Newberry.
Posted by Sheila Newberry at 11:36 AM No comments:

Help me help the victims of Japan's earthquake 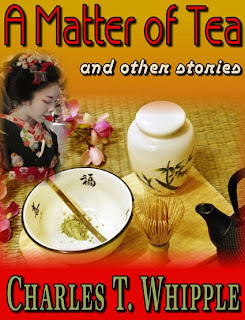 I write Westerns for Black Horse, but the quake in Japan (the nuclear power plants are about 200km north of my home in Chiba) got me to wondering what I could do to help. Of course I could (and do) volunteer, but I thought it would be good to provide everyone a chance to help.

Publishing by Rebecca Vickery and I have put together a slim volume of my stories set in Japan. One, A Matter of Tea, won the 2010 Oaxaca International Literature Competition. Naturally, it headlines the book.

This book is available on Smashwords (or will be by the first of the week) and costs only US 99 cents. All the income from this book will go to help victims of the 3/11 quake. They lost homes, belongings, and even family members. This is my best shot at helping them. And I'll make sure your contributions go to help real people, not the bureaucracy of a charitable organization. Please help. Order here.

Thanks. I'll report back. 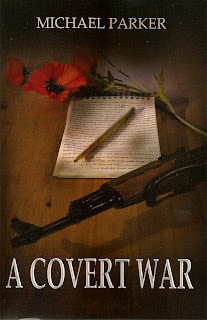 I now have my latest, Hale novel available in paperback. I expect to be making it available on Kindle. Anybody have any suggestions or observations about the right or wrong way to go in order to develop sales in both markets? Wish me luck anyway.
Posted by Michael Parker at 6:08 PM 4 comments: