About 20 years ago a man named Roelph Vos, a Dutch businessman living in Tasmania, fell in love with Switzerland. But not wanting to move from his adopted country, he decided to build his own little bit of Switzerland – in fact a complete village – in the Tamar Valley near Launceston. 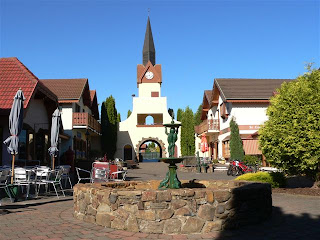 Grindelwald, with its Swiss-style houses, lakes and even a mini Tamerhorn, is still quite a tourist attraction. And this is where I chose to settle when I moved from Western Australia a little over two years ago.

Situated only 15 kilometres from Launceston (90,000 people), it is far enough from the city, to feel like being in the country. And, as it is situated on the top of a ridge, it is well above the mists which drift over the valley in winter.
When I look out of my window and see the early morning sun tinting the clouds, I feel as though I am on Cloud Nine. 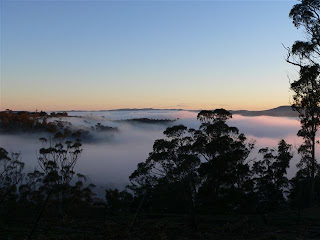 As for 2010, my next Hale book is due out in May (FLOATING GOLD – a Horatio Hornblower-type nautical adventure) and am currently researching the life of Tasmanian bushranger, Matthew Brady, with a view to writing about him. I’ve enjoyed the research so much that I've applied to go back to university to study History and Aboriginal studies full time, so that should keep me out of mischief for a while.

So for now, wherever you are in the world, I wish you the compliments of the season and I send my very good wish to you all for a happy, safe and prosperous year in 2010. 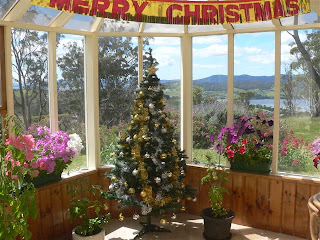 PS - Perhaps other Hale authors would also like to spotlight the place they call home
Posted by M. C. Muir at 9:56 PM 3 comments:

It is with the greatest of sadness that I give the news of Hale author, Loren Teague's death.


After a courageous battle with cancer, Loren lost her fight, and we lose a treasured person and a gifted story teller.


I received an email from her only a few weeks ago and she was still being positive and excited about her latest book from Hale.

I wish to extend my personal, and I'm sure all Hale authors', sincere condolences to Loren's family and friends at this difficult time.
After Glow
I'd like the memory of me
to be a happy one.
I'd like to leave an after glow
of smiles when life is done.
I'd like to leave an echo
whispering softly down the ways,
Of happy times and laughing times
and bright and sunny days.
I'd like the tears of those who grieve,
to dry before the sun of happy memories
that I leave when life is done
Rest In Peace Loren.
Posted by AnneMarie Brear at 9:33 AM 17 comments: