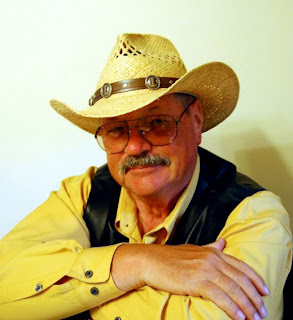 Charles Whipple, who writes Black Horse Westerns as Chuck Tyrell, won AGAVE AWARD FOR LITERATURE in the THE 2010 OAXACA INTERNATIONAL LITERATURE COMPETITION, for his short story A Matter of Tea.

The competition is held in conjunction with the Oaxaca International Film and Video Festival because cinema and literature have always been closely intertwined. This competition provides a forum for writers from around the world to display their talents.

Whipple's story was selected as the winner from a thousand entries. He will fly to Oaxaca, Mexico, to receive the award. The top ten stories in the competition will be published in a special commemorative edition.
Posted by ChuckTyrell at 5:57 AM 3 comments:

Another project in which I've been involved. This novel, a topical, eco novel was written by twelve writers from around the globe. It is now available on Amazon.com, and will eventually be available in UK. We are planning to put it on Kindle too. The link for the curious ones among you is: http://www.amazon.com/Passage-Redemption-Crew/dp/1453804889/ref=pd_rhf_p_t_1

Mick
Posted by Michael Parker at 2:47 PM No comments:

Mr John Hale informed me of the company's decision to purchase my latest manuscript -- A Man Called Breed -- a tale of the hardships a Medal of Honor winner must go through because of his Cheyenne mother. I have not yet received word of when the book will be published.
Posted by ChuckTyrell at 12:04 PM 3 comments:

Amazon are offering The Watercress Girls, my latest novel for Hale, at a good price -
I'd love to share this family saga with you! Experience pioneer life with my
characters in Moose Jaw, Canada, and later North Dakota; the bitter cold, the
lakes, the long journeys by train to the unknown... And follow a mystery throughout the story which is resolved back in the Old Country.

The synopsis is as follows: On a blazing hot day in late August 1914, twelve year
old Mattie dances in the stream, spraying her little sister Evie with silvery
showers of water. They have come here to cool off and to pick watercress for tea. They are unaware that their idyllic childhood in Suffolk is almost at an end, for as their mother says, "all the world's gone mad."
the girls will grow up to lead very different lives. Mattie is destined to travel far from home and to found a dynasty of strong-minded women like herself. Evie, in the role of family carer, still achieves a satisfying career.
But will the two disters be reunited and a secret resolved?

I researched this book with the five Mackley girls, born in Moose Jaw during the early days of the last century, when they grew up in a log cabin built by their
father, learned to sew their own clothes from flour sacks and cut up Sears catalogues for use in the privy!

Life was hard, but they all thrived, and were an inspiration to me.

See my books listed on Amazon and Fantastic Fiction.

Readers have provided good feedback on my recent memoir, Who Stirs the Porridge in the Pot? (Dales paperback) 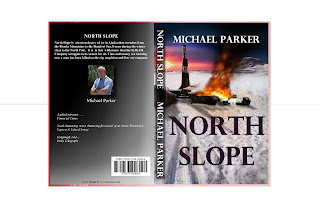 I received the proof copy of NORTH SLOPE paperback today. I am really delighted with it. I have no complaints and look forward to seeing it available on Amazon.com in the very near future. There shouldn't be too long a delay before it is available on Amazon in UK. This is the beginning of the 'new direction' I spoke of after parting with Hale. Judging by several web blogs I have read recently, many of them written by people in publishing and reviewing etc., I seem to be taking on a huge task. But I'm quite happy to do this. My target, initially would be to promote the book sufficiently well to get above the 350 mark that I associate with Hale Books. 400 would be good, but I'll have to wait and see. I have attached a copy of the book jacket, desgined by my son, for you all to have a look. You can also see it on my web page.
Posted by Michael Parker at 4:17 PM 5 comments: