Shadows of the Past - review 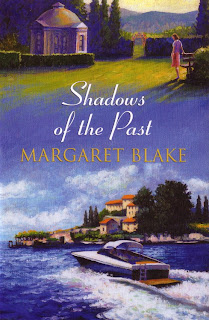 Alva returns to her Italian husband’s private island home after recovering from a hit-and-run. Unfortunately, she has lost her memory. Her husband Count Luca Mazareeze hopes that she can be healed in their idyllic setting. Gradually, Alva learns that there was an enormous rift between her and her husband before the accident. If only she could remember why!

While the household staff seem solicitous, Alva’s stepdaughter Renata is totally unpleasant and even says that she hates Alva.

Annoyingly, the dust-jacket blurb gave too much away, I felt; I’d have liked to learn these facts as the author revealed them.

Let it suffice to say that there are several reasons why Luca feels cold towards Alva. However, as he commented icily, she was good in bed – and there’s a heated interlude where that’s ably illustrated!

It’s soon clear that Alva is made of stern stuff, capable of picking herself up from disaster, dusting herself down and striving towards self-knowledge and the truth, no matter how painful.

The mystery of Alva’s past and the underlying threat that seems to hover ever-closer mean that this is a page-turning tale and an enjoyable read.
Posted by Nik Morton at 12:48 PM

Email ThisBlogThis!Share to TwitterShare to FacebookShare to Pinterest
Labels: Alva, Italy, Luca, Margaret Blake, Shadows of the past

Another succinct review, Nik, and I do love this cover.

Blurbs: I've always thought it's hugely difficult getting enough info in the blurb to entice the reader but leaving sufficient out that you are intrigued enough to read on. Almost more difficult than writing the book itself!

Thank you, Nik. I really appreciate your review and comments.

Oh, Jan - I would rather write 20,000 words than one single blurb.
I find this the most difficult thing to do. Another reason why I can't for the life of me write a short story!

Thanks for stopping by, John.